In July 1950, HA. “Andy” Andersen with no more than a borrowed pick-up truck and a few thousand dollar loan, struck out on his own and started Andersen Construction Company.

Andy's first project—a small concrete tilt-up warehouse and office—still stands near the corner of 12th Avenue and Sandy Boulevard in Portland, Oregon. Our relationship-based approach to contracting and expertise in concrete construction propelled our growth and provided an increasing number of building opportunities. In 1960, we established ourselves as a major Oregon Contractor through four significant downtown Portland construction projects: the 300,000 square foot United States Main Post Office; the 16-story Standard Insurance office building; the City's 10-story 4th and Yamhill Parking Garage; and Portland's then tallest building—the 500 room, 22-story Hilton Hotel. Today the goal is the same as it was in 1950: to build a project the client and entire design & construction team is proud of.

Westfall was bought out and Andersen quickly rose to one of the largest General Contractors in Oregon. Tilt-ups were still a large portion of the workload, and Andersen became a "downtown contractor" with the completion of the downtown Portland Hilton Hotel, 4th & Yamhill Parking Garage and Standard Insurance Tower.

Andersen evolved with new markets such as public works, theatres, malls and large distribution centers. Along with dozens of Fred Meyer shopping centers, highlights include the West Interchange of the I-405 Bridge in Portland, the 2,000,000 square foot Fred Meyer Distribution Center and the Bellevue Red Lion Hotel.

A new headquarters building on Swan Island in North Portland and a dedicated estimating department became critical components of Andersen's growth in the 80s. This helped introduce us to new markets such as healthcare and education. Fred Meyer shopping centers and distribution facilities remained strong, along with projects such as the One Pacific Square tower, and our first project for Shriners Children's Hospital.

Booming technology construction led to the opening of our Corvallis office, the first office outside of Portland. Hewlett-Packard Corvallis provided continuous work, along with several other advanced technology clients. Healthcare work for clients such as Providence Health & Services, OHSU and Kaiser Permanente began our rise in healthcare. Retirement communities opened the door to multi-family housing.

The opening of a Boise office and a dedicated concrete subsidiary highlight a decade that brought Andersen to new heights. Our portfolio became as diverse as ever, with a focus on sustainably-built hospital expansions & renovations, medical office buildings, multi-family housing, seismic upgrades and educational facilities.

The opening of our Seattle and Eugene offices propelled our revenue to record numbers. A diverse portfolio continues as healthcare, multi-family housing, mixed use, educational and parking garage facilities continue to rise in every region we serve. Technology and progressive management methods power our growth with the ever-changing markets. 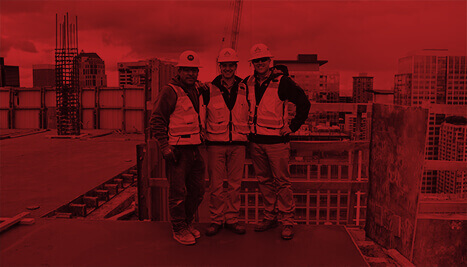 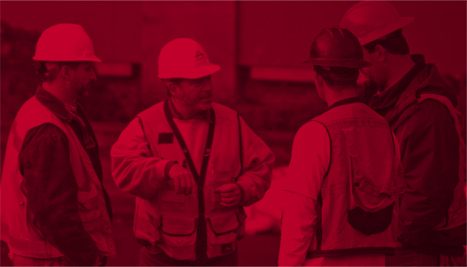